Wednesday 29th September 2021
After a year of cancelled scare events and a reality more terrifying than anything within a haunt, Theme Park Guide are braving events up and down the country to make up for lost time and we would like you to join us! Live blogs can be viewed at: https://live.themeparkguide.biz

Our first event begins on the first night of this frightful month, as Xtreme Scream Park’s opening night is on Friday 1st October. A family fun park that turns sinister once night falls, Xtreme Scream Park is one of the best ways to kick off the season.

Back after a rather subdued year due to the various restrictions that were in place, Xtreme Scream Park is showcasing one new scare maze, one new scare zone and an extension to a fan favourite.

Ashes to Earth is the new scare maze for this year, not much is known but the maze heavenly reference maize and corn, which makes us think this will be like a corn maze style scare maze, being predominantly outdoors.

The Unfair Funfair is the park's scare zone, featuring many clowns around the area. The clowns have been present since the beginning of Xtreme Scream Park but in the past few years have been homeless and roaming around the park, now they have set up camp and welcome you into their domain.

The final new addition is an extension to the original scare attraction at the event, The Pie Factory, now receiving an additional section known as ‘Melton Hunting Lodge’ so you can experience the journey from alive to pie.

As well as all that, we have four other scare mazes, street entertainment, and a few rides accumulating in 35 acres of scream park and one fantastic evening!

We will be live from Xtreme Scream Park, providing all our reactions as they happen.

There’s no rest for the wicked around this time of year, the following day we will be checking out Tulleys Shocktober Fest. Described by Tulleys as the ‘Uk’s No.1 Halloween Attraction’, the event is back after a year away and is celebrating its 25th year of screams, since it’s first year in 1996.

Tulleys probably have the most mazes in one event, with nine mazes, making your visit to the event jam packed full of fear. Most of the classic mazes return such as the haunted hayride, The Chop Shop and Wastelands Penitentiary, which made its impressive debut in 2019.

We also have a brand new maze debuting this year, The Island, which features dangerous experimentations of man and animal to try and create a more unified world. The premise sounds very interesting so we are looking forward to visiting ‘The Island’.

As well as all of the mazes, we have street theatre, Circus of Horrors, food choices a plenty and a couple of rides (for an additional fee).

We will be live from Tulleys Shocktober Fest, providing all our reactions as they happen.

We are heading back to the island like no other for a press preview of Fright Nights on Wednesday 6th October, back in full force after, Fearstival, a more COVID safe offering last year.

The event features a mix between Fearstival and a traditional fright nights offering, with three scare mazes, Creek Freak Massacre, Platform 13, that are returning from previous years and new for this year Trailers, where you will step foot inside a movie theatre and end up in the terrifying movies yourself.

This year is the 20th year of the event and with that brings some extra special entertainment to the island. You are invited to Hattie and Hugo’s birthday BASH, a show about some spoiled kids, with a devilish side.

There is also a very exciting fire and lightshow called ‘Legacy’ that we are also very excited about.

Of course, Fright Nights also presents guests the opportunity to ride some of their favourite rides, in the dark!

We will be live from Thorpe Park, providing all our reactions as they happen.

How about a midweek treat, not just one event, but two! Whilst one half of the team reports in the south, another team reports from the north at Blackpool Pleasure Beach for a preview of their Journey to Hell Halloween event.

A bit of a different style of scare event, guests venture through nine scare zones including four rides as part of the experience in a set order as they are led around the park, including some behind the scene areas.

Some of the zones include Blind Faith (Which sounds like riding Icon with a blindfold), Hell Tunnels, and Valley of Carnevil Freaks with very little information there is a sense of mystery around the event and we are very much looking forward to checking it out.

A staple of the Theme Park Guide calendar, we make a visit to Alton Towers Scarefest on Friday 8th October and experience the park's terrifying mazes. Although no real change this year, with the line-up being the same as previous, we still enjoy the mazes at Scarefest and look forward to seeing if anything has changed.

The line-up is as follows: Within The Towers themselves, we have 'The Attic' and 'Altonville Mine Tours' and in the surrounds of The Towers, we have 'Darkest Depths' and 'Toxic Junkyard', which are the newer mazes of the line-up.

New for this year, however, we have a new family-friendly offering, known as 'Trick O' Treat Town', Guests can visit this special town where every day is Halloween, whose residents love hosting Trick-or-Treating for the town visitors. Guests can make their way to the town and knock on the many doors on Spooky Avenue, all the way to Witchy Woods but be careful, as well as treats there will be tricks aplenty!

This interactive experience is available to everyone but additional charges apply as guests require to buy a bag to put the treats in.

As well as these paid experiences, the resorts offers plenty of free entertainment, from the Alton Ancestors, a flash mob that dances on either Towers Street or in Gloomy wood as well as shows in the 'Freaky Fun Zone' and the 'Cbeebies Monster Ball'. The gardens are also lit up beautifully at night as part of 'Garden Lights Walk: Whispering Souls' and it was one of our highlights from last year, venturing into the gardens after dusk, something that has rarely happened in the past. As well as that, of course, you can experience all of the rides at Alton Towers in the dark!

We will be live from Alton Towers, providing all our reactions as they happen.

After a few years of us being unable to attend, we head to Screamfest Burton on Thursday 14th October for their media preview night. Located at The National Forest Adventure Farm, another location known for family fun during the day, however, once night falls, creatures come out of the shadows and into your nightmares.

Now titled 'Screamfest Resurrected', the event has had a bit of a revamp after its year away due to COVID-19, with two new scare mazes, as well as some fan favourites as well as additional entertainment and thrills, the event is shaping up to be one of the best years yet.

Let's mention the new scare mazes first, which very little is known about, 'Creed Farm', "Creed Farm provides fresh meat of the highest quality. Come on down and experience the harvest for yourself". The other is 'Le Theatre Noir'. "There’s no people like show people…until the coven takes over. Take your seats. The performance is about to begin."

As well as these two, new mazes, Hillybilly Joe's Zombee Zoo returns for its second year, Love Hurts, pretty much a Screamfest staple now, is back for its fifth year and Freakout on Tour, a clown maze that has also been at the event for a few years, however, has a slight update every year, they mention that it is back, but not as we know it

The event also features fairground rides (additional charges apply), which is a new addition this year, as well as the usual street performers, DJ's and stage shows. This year, a flashmob known as 'The Screamfest Six' is at the event also.

We will be live from Screamfest Resurrected, providing all our reactions as they happen.

Things are getting spoOoky once again at Chessington this October, with a Fa-BOO-lous Halloween event for the whole family, and Theme Park Guide will be there on Saturday 16th October.

The event itself features one scare maze, Creepy Caves: Resurgence, a more frightening, experience that has received much praise for being deceptively terrifying, bearing in mind the parks target audience, which is an upcharge on your visit.

A roaming group of 'spell-cialists' known as the 'Curse Catchers' can be found at the resort. They have been flown in to help contain the spooks before they cause too much havoc! Harnessing their latest enchantment-reversing technology, they’re attempting to put an end to the sorcery that has overtaken Chessington! Make sure you keep an eye out for the Curse Catchers this Howl’o’ween - they might be the brightest minds in their field but this eccentric bunch will need your help to make sure their experimental methods don’t make matters worse!

Also throughout the park, groups of roaming characters gather in each of the parks themed lands. 'The Wild Witches', 'Plunderous Pirates', 'Ferocious Pharaohs', 'Barbaric Bandits', and 'Vile Villagers' meaning you'll more than likely bump into most of these throughout your visit.

We will be live from Chessington Howl'o'ween, providing all our reactions as they happen.

One of our highlights on the calendar has to be Dr. Frights Halloween Nights and we will be visiting on Sunday 17th October. We always enjoy Dr. Frights as every year the event takes on a new theme and although you may see persisting characters (Clowns, Hillbillies, etc.), they are always in different settings. For example, last event Killer Clowns were on a spaceship, this year, Ibiza!

This year the event is on a world tour and each of the four mazes takes place in a different country. The mazes are the following:

Killer Clowns in Ibiza, Where crazed clowns have taken over the iconic party town, Yokai Temple, where demonic residents haunt a Japenese Temple, Hollywood Horror: The Final Chapter, where you get to make your way through classic horror films, and finally, The Grindhouse down in Mexico, where cannibal hillbillies have escaped south of the border, but still no stopping their murderous rampage.

Following your journey through the four mazes, you can make your way to the horror bar, with live feeds in the mazes providing some laughs whilst you are enjoying your well-deserved drink to settle your nerves

We will be providing a review of the event after visiting, as well as a few social posts whilst we are there on the night. 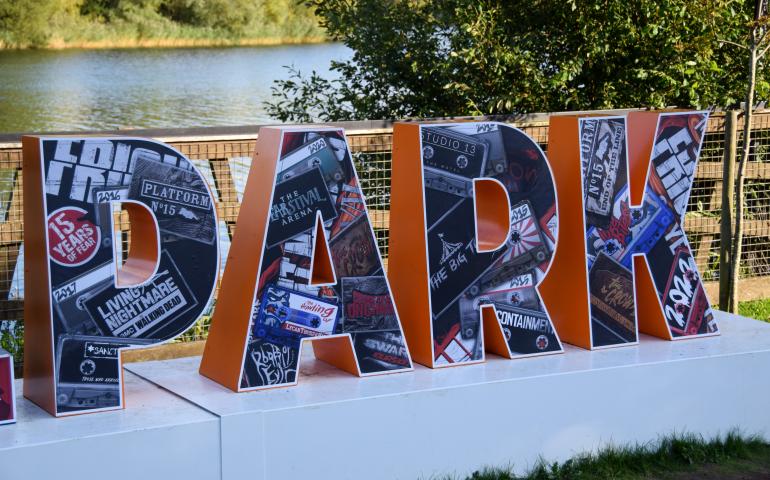 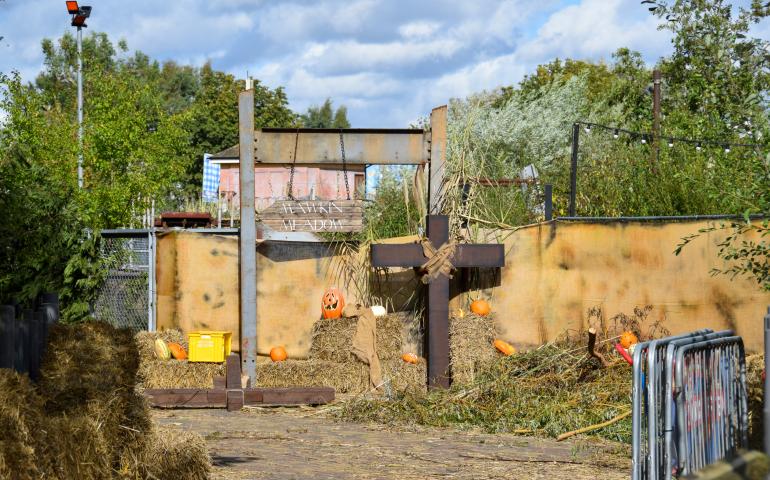 Alton Towers Resort Set To Sparkle And Shine This Christmas 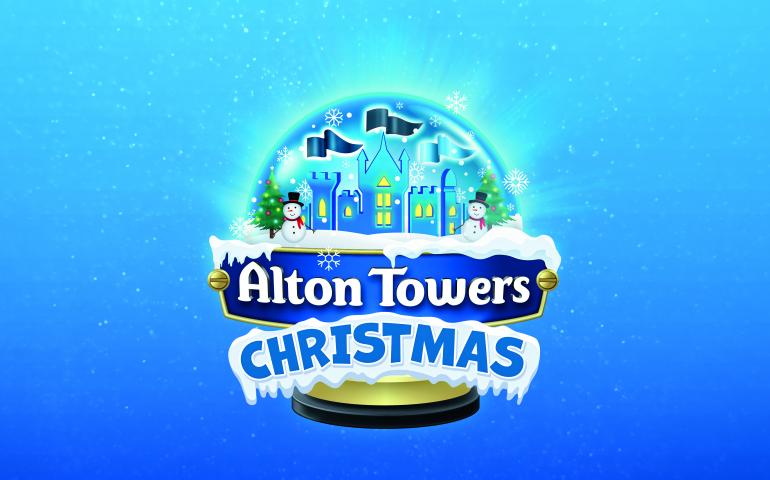