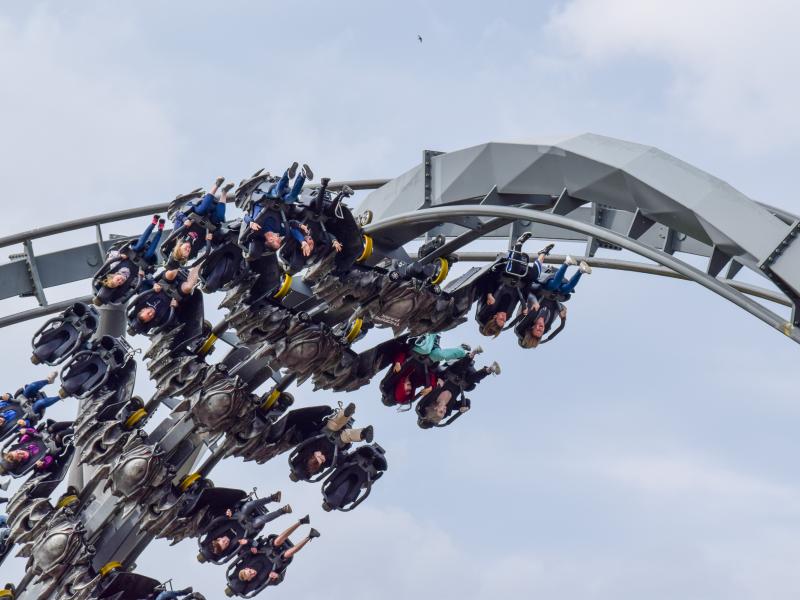 The Island has been taken over by an alien species called The Swarm, featuring a fallen plane, destroyed ambulance and a fire engine that explodes with fire as the train flys fast. The Swarm have taken over and have destroyed everything in there way! Clinging on to the side of the track you're taken on a rollercoaster ride of your life, featuring near misses and speeds of up to 59 mph. Dare you take on The Swarm?