2022
Chessington World Of Adventures
https://live.themeparkguide.biz/?live=CHMardi
Mardi Grrra has arrived at Chessington World of Adventures and is a brand new event for 2022! Brining great food, amazing smells and fantastic entertainment to the streets around the park. Mardi Gras was a huge hit at Alton Towers last year and when Chessington announced that they were going to be doing their own version of the event, we were interested to see how the park was going to intercorporate a huge event like this into the park - with amazing costumes and putting a Chessington spin on it, like they did last year with there own version of a festival called Wilderfest.

Called Mardi Grrra instead of Mardi Gras, Chessington has 4 dedicated krewes around the park, Elemers Colour Krewe located in Adventure Point, Stompede Krewe located in Mexicana, Clawsome located in Wild Asia and High Flyers located outside Tomb Blaster in the Forbidden Kingdom. Along with a brand new show on the Mane Stage called Carnival Spectacle.

Join Elmer and friends in Adventure Point for a party where everyone is welcome! Featuring colourful costumes, dancing and party music such as Chocolate and RuPaul to name a few. Showtimes for this krewe are every half an hour, so no matter when you walk into this area you're always going to find something going on. We thoroughly loved this Krewe, the audience interaction was amazing and even if your pass through the area you see how much joy and energy this Krewe has.

One thing we loved in this Krewe was the flags being waved to show everyone is welcome. At multiple points during the day and the performance, we saw cast members waving an LGBTQ+ flag. At first, we thought it was just a rainbow flag but this is a very nice touch and will certainly make everyone feel welcome at the park! A big step for UK theme parks!

Possibly one of our favourite krewes at the event.

Be careful this Krewe has claws, Clawsome Krewe is located at the entrance of Wild Asia and is themed around Tigers. Dressed in tiger print outfits, Krewe members dance around a tower with a tiger's head stuck on the front of it. At the end of the performance, the Krewe members invite guests up to the front and teach them parts of the dance. In slow but simple steps you will be dancing like a pro in no time!

As with a few of the Krewes at Chessington an actor can climb to the top of the theming structure and coordinate the dance routine. But where this Krewe differs from others is that one of the performers has a device which has two coloured smoke cannons, which when activated and spun around created stunning patterns in the wind. In the right conditions, you can get amazing photos and videos.

As with all of the Krewes, the Clawsome Krewe had so much energy and amazing costumes and makeup.

Storm into the wild and become one of the pride in the Stompede Krewe, located next to the entrance to Rattlesnake. Don't be fooled by the black and white stripes this krewe means business; dancing, drumming and chanting this krewe is full of high energy dancing and amazing music.

Dressed in Zebra jumpsuits with Zebra inspired makeup, this krewe in our opinion has the best costumes. As with the Clawsome Krewe at the end of the performance, guests are invited to learn sections of the dance routine and if you are lucky, even play one of the drums from the performance. The Stompede Krewe was amazing but we wish there were some special effects like the Clawsome Krewe to complete it -  maybe a fire effect in time to them beating the drums?

Full of sparks, sequins and strength, the High Flyers Krewe in the Forbidden Kingdom will leave you in awe of the talent of the dancers. This krewe is made up of two sections a flash mob/dance routine and a trapeze artist who uses a hoop to hold herself in certain positions whilst spinning around and showing off her pure strength.

Just like the other krewes around the park, a beautiful new structure has been built for the event but in the High Flyers krewe.  This could be a nice backdrop but we don't feel like this was needed as actors don't and can't climb to the top of it and perform. When the trapeze artist is showing off her strength, she does it to the side near the River Rafts ride entrance and when she's finished and changed, they then perform a dance routine in front of the High Flyers Krewe tower. Maybe it was due to it being the first day but we still really enjoyed this krewe, it's completely different to anything we've ever seen at the park. The costumes once again looked amazing. The best thing about this krewe was the music playing, if you're a musical theatre lover this is a must-visit krewe.

Carnival Spectacle is a brand new show choreographed by the park and is performed 3 times a day on the Mane Stage. The new show revolves around a jester and the krewes trying to impress the Lion King and Queen.

Throughout the show, each krewe takes it in turns to perform, trying to impress the king and queen. At the end of each section, the krewes turn to the judges and when they disagree that they weren't impressed, they go to the back of the arena and observe the others before all coming together at the end for one final performance where they win the hearts of the king and queen. Featuring special effects such as sparks, smoke and bubbles this is a performance not to be missed.

We thoroughly enjoyed Carnival Spectacle, the fact that not many words were spoken and it was all done through facial expressions and noises was really cool and made the show very unique. The music choices, costumes, makeup and the whole performance was amazing.

The best show the park has ever choreographed and performed!

Tempted to try some new food? Mardi Grub Ave is the place for you, a section of the park has been totally transformed with brand new food stalls set up along with lots of bunting and feel-good music playing in the background. You might even be entertained by The New Roar-leans Brass Band, which performs in the area a few times during the day.

It's great to see the park expanding its food options during events like these but we wish that food options within the parks would expand to always serve food like this. It would also be nice for Annual Pass holders to receive a discount as these third party stands can be very expensive sometimes. But we understand that they are third party so this cant always be possible.

When we say the whole park has received a Mardi Grrra makeover - we mean it! Everywhere we turned we saw beads, and masks and every time we walked around the park we saw some form of entertainment happening. The amount of staff and entertainment going on around the park is amazing and by far the most we've seen happening at a Merlin park ever!

For a brand new event, the park has done an amazing job building and theming all of the krewe's theming elements. They've gone from having nothing to huge theming elements which we can already see returning for future events.

Around the resort music has been changed to reflect the new Mardi Grrra event, a new soundtrack can be heard all around the park. Each krewe also has their own unique soundtrack and dances, which is very different when comparing this event to Mardi Gras at Alton Towers.

We really didn't know what to expect with Mardi Grrra at Chessington, with each park having its own unique take on the event, we think Chessington have absolutely smashed it and has done an amazing job. Each krewe is so unique and a lot of fun, it's clear a lot of effort, planning and passion has gone into this event. If this is the level of detail the park has put into the first year of the event, we can't wait to see how this event progresses if it returns in the future.

Mardi Grra at Chessington is a must-visit event, with entertainment for the whole family. This is an event almost on par with Disney! And that's a big step forward for Merlin and Chessington. 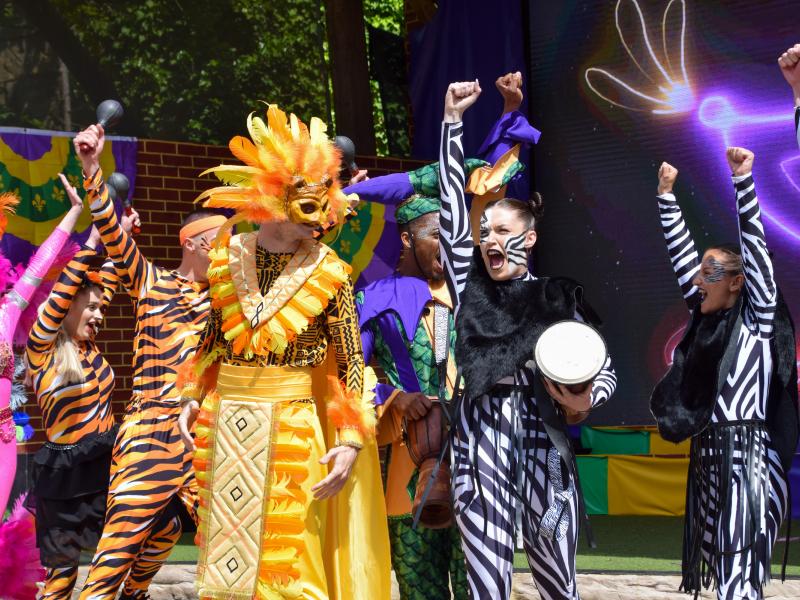 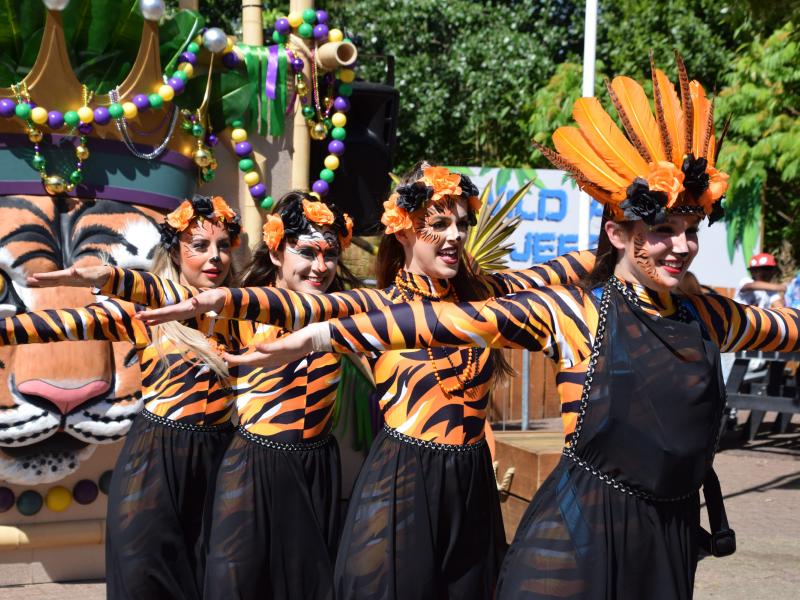 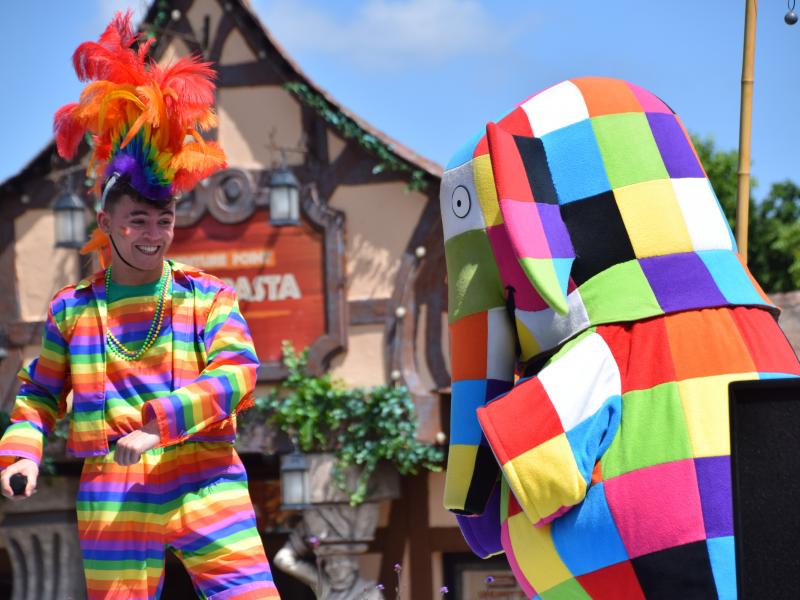 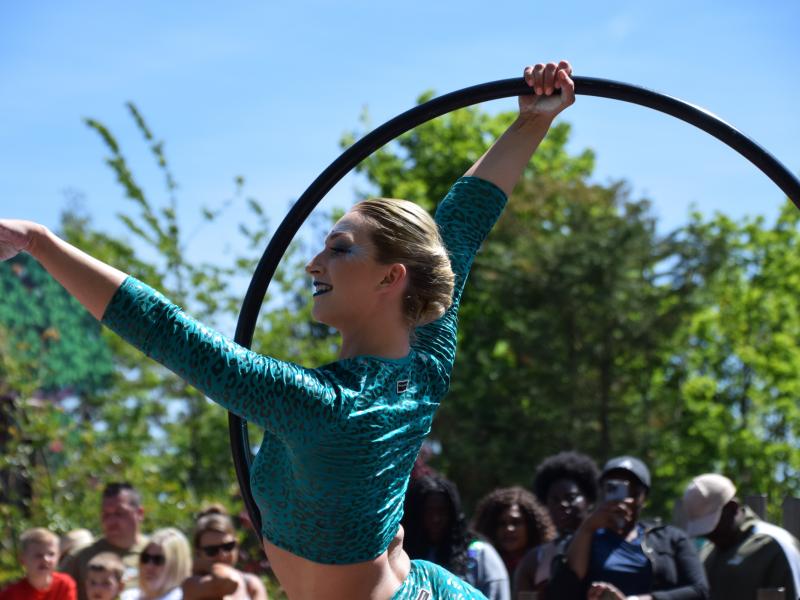 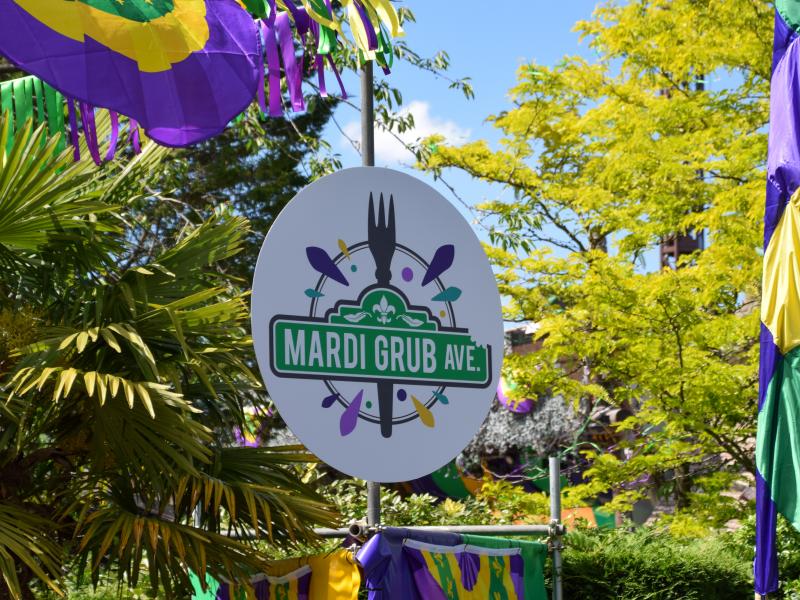 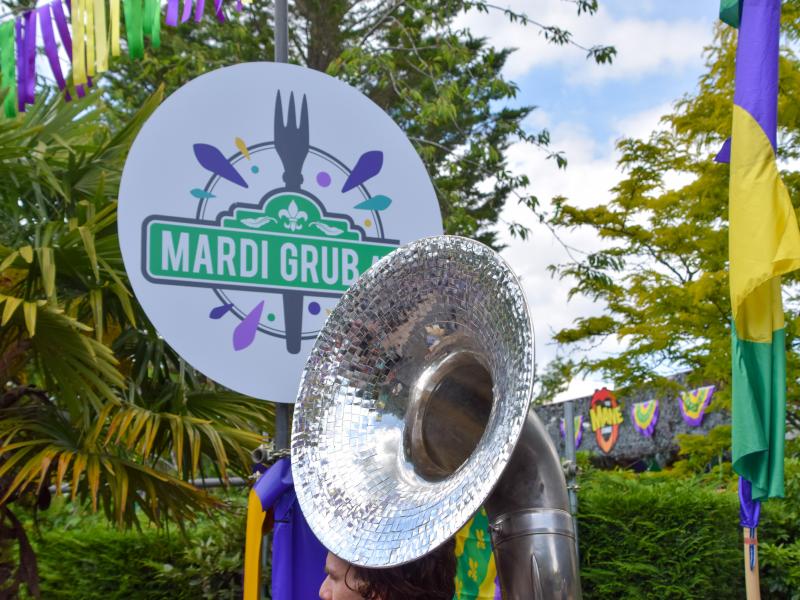 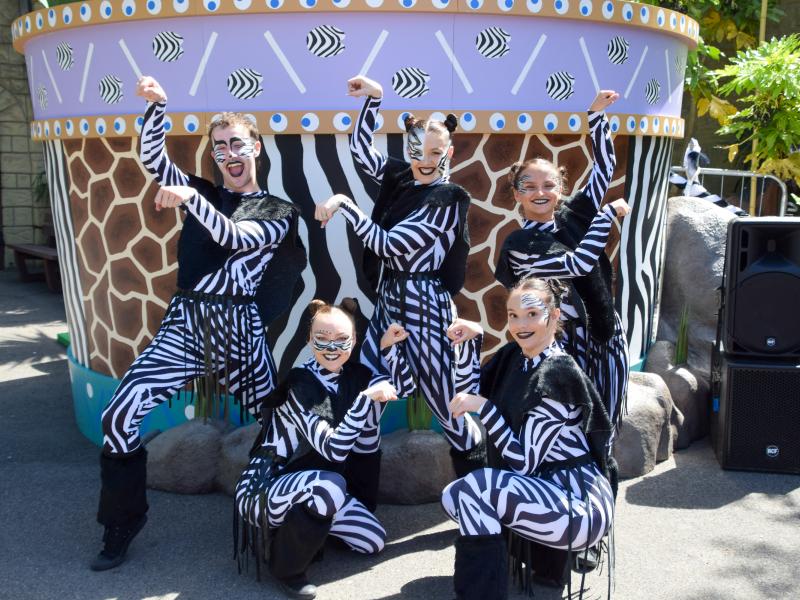