2015
Alton Towers
Following Alton Towers Scarefest being very samey for the past few years, Scarefest 2015 was very different compared to other years. Rather than having all of the mazes return the park choose to scrap all of them bar one. Terror of the Towers made a triumph return for the event and shaked up everything we though we knew about the maze.

From the start of the event preparations it was very clear that this year’s Halloween event was going to be the biggest we had ever seen! From the theming on towers street to the lighting and theming around the park. To celebrate the refurbished event the park invested in a brand-new welcome to Scarefest sign at the bottom of towers street, which looked very cool all lit up during the evening.

This year’s Scarefest line up consisted of:

Although the cost of this year’s Scarefest budget was never released we expect it cost a lot of money to install all of the effects used in the mazes. For example, the flying rig in Molly Crowe and the scaffolding stairs used in the new layout of Terror of the towers.

Starting off with Sub Species The End Games we had no idea what to expect. With rumours of two alternative endings and multiple ways to navigate through the maze we were looking forward to this maze. And it’s fair to say we weren’t disappointed. The maze explored a new section of the towers ruins, and had its fair share of long dark corridors. The maze was amazing and by far the best maze towers now has. Were excited to see what the park does with this maze over the next few years.

The Haunting of Molly Crowe was the parks first and probably last attempt at a hooded maze. But we think they did a stunning job of making it work. Using sections of the old Terror of the towers the maze took you on a journey of a little girl called Molly. Starting outside you were given a talk about maze safety and a brief story on what happened to Molly. Navigating your way through the maze by using nothing more than a rope you had a bag over your head until the final scene where Molly made an appearance. Flying at you through the wardrobe guests panicked for their lives. Not the best maze of the year but differently and interesting one. We don’t think we’re be seeing this one return for next years event.

A big fan favourite, Terror of the Towers has been changed for Scarefest 2015. If you think you knew the layout of the maze… forget it the park have changed it! The maze still feathers a strobe ending however the middle of the maze has been changed. Rather than staying on one level for the whole thing your now required to walk up a set of temporary stairs over a pit of actors. Whilst doing so it can be a little intimidating! With everywhere being pitch black your scared as to where you’re be going next. Although the park changed it we feel like the park could have done more to shake things up. We expect over the next few years the park will re-develop the maze.

Along with the two-new scare mazes the park has introduced two new scare zones. With a very American feel to them they worked really well. With one located in the Dark Forest and the other outside Sub Terra is Forbidden Valley they both had routes for people to scared to go through them. However, like with all good scare zones they were both flooded with talented actors that knew how to make you jump!

The park also introduced a new show in Towers Street and Gloomy Wood.  The Alton Ancestors where a group of actors that danced to music and would flash mob the area. Starting as roaming actors talking to people the group would then perform a dance routine in a flash mob style. Something the Scarefest event never had before this year.

Operation Lockdown is an upgrade of the old Scarerooms that we did a few years ago but with one big difference. The price! Back when we did Scarerooms it costed around £70 per person with 3 people in our group doing it. However now the event costs a lot more. Which is a great shame because the event was fantastic. Hopefully the park will listen to everyone’s feedback and change how this works.

Overview Scarefest 2015 has been amazing and has proved that even after a bit of a disastrous year for the park they can still put on an amazing event. We expect a few items where dropped due to budget cuts however we have to say we were blown away by the changes in this year’s event. We look forward to seeing what’s in store for next year. 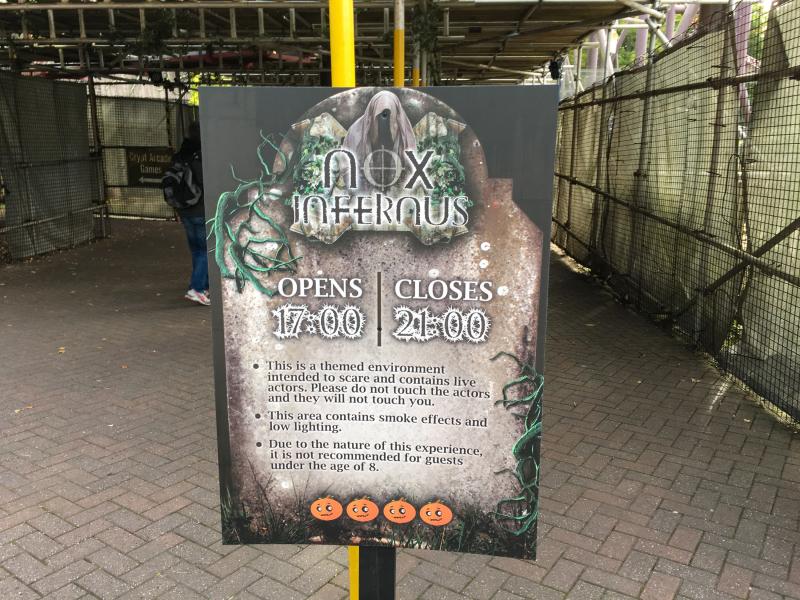 The Haunting of Molly Crowe 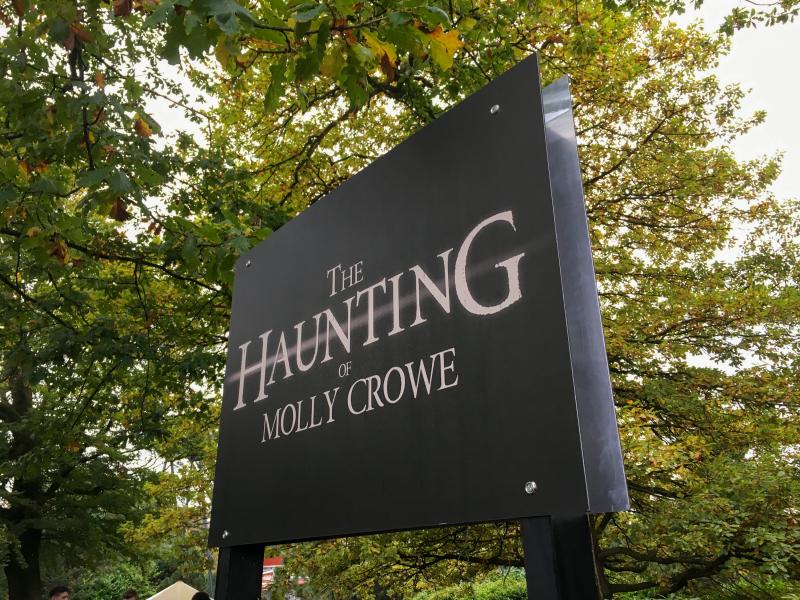